The City of Heber Springs
was first settled in the 1830s.  Founded as a health resort and named Sugar Loaf Springs in the mid-19th century, now serves as a gateway to Greers Ferry Lake and the Little Red River. The U.S. Corps of engineers completed the 31,500-acre lake in 1963, and president John F. Kennedy came to Heber Springs in October of that year for the dedication.

Greers Ferry Lake is known for great fishing and water recreation.  Camping, cabins and world-class resorts overlook one of the state's most popular lakes.  Below the massive Corps of Engineers Dam, the Little Red River is internationally known as the home of the world record (40 pounds, four ounces) brown trout.  Trout resorts and outfitters are available.  The lake and river have served as national models for environmental cleanliness. 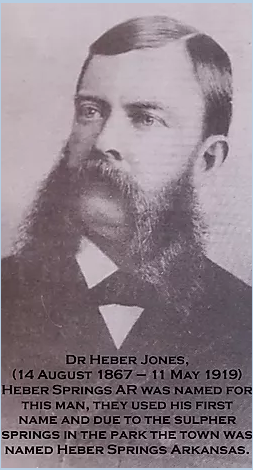